Amidst the war between Uber and Lyft, ride-sharing app Bandwagon partners with Hailo to create a sharing platform for New York City cab passengers.

While Uber and Lyft continue their car wars, one Silicon Alley-based transportation startup is asking, "Can’t we all just get along?" 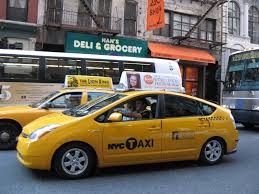 Hudson Square-based Bandwagon, an app that allows people going the same way to share a cab, announced Thursday that it is partnering with e-hail app Hailo in order to allow users to legally hail yellow taxis. According to a statement, the alliance between Bandwagon and Hailo will give riders the chance to save up to 65% per ride by sharing the cost of the fare, while providing drivers with the increased revenue of having more than one rider on a longer fare.

"If we can make better use of all those existing empty seats in vehicles that are designed for transportation, we can build a new instant kind of social transit network," Bandwagon CEO David Mahfouda said in the statement.

The social aspect of the partnership will be handled on Bandwagon’s platform. On the app, users will drop a pin of their location and enter their destination. Bandwagon will match them with nearby users headed the same way, provide the mechanism to split the fare digitally and dispatch a cab using Hailo’s platform.

Bandwagon is hoping to benefit from the ongoing, high-profile conflict between Uber and Lyft. Language in the company’s statement makes clear and pointed reference to the two West Coast companies and their public quarrel over the New York cab market.

"While Uber and Lyft fight over taxi customers and drivers, eroding each others’ services," the statement reads, "Bandwagon and Hailo are embracing the spirit of the collaborative economy and sharing resources to improve how we get around."

Correction: Bandwagon is partnering with e-hail app Hailo in order to allow users to legally hail only yellow taxis. That fact was misstated in an earlier version of this article published online Aug. 28, 2014.

Transport for London (TfL), which regulates and licenses the taxi and private hire trades in the capital in the interests of passengers, is to invite the

International Transport Federation Press release, 09/12/17 The ITF has welcomed the bans this week on all Uber operations in Delhi, Spain and Thailand as a further

Earlier today, Leon Daniels gave the following statement to the TfL Board with a summary of the position regarding Uber, especially following the numerous stories in

We use cookies to ensure that we give you the best experience on our website. If you continue to use this site we will assume that you are happy with it.Ok
Back to top